Interface Gallery is pleased to present Night Moves, an exhibition featuring new work by Liv Aanrud and Sarah Thibault. Thibault presents several paintings, while Aanrud’s pieces are informed by the language of painting but constructed through the traditional folk method of rag rug hooking.

The night permeates much of the work presented in this show. Thibault literally engages with the theme of the nocturne in two melancholy paintings composed of moody blue tones, while Aanrud’s female Atlas holds up the weight of the world against a purple night sky. Meanwhile, the concept of making a move, which can suggest a sexual encounter, also suggests a strategic positioning, a quality of agency that both artists’ female subjects embody.

Of the female subjects in the work of Post Impressionist painter, Suzanne Valadon, Whitney Chadwick writes “Instead of presenting the female body as a lush surface isolated and controlled by the male gaze, she emphasizes the awkward gestures of figures apparently in control of their own movements.”1  The same could be said for the subjects in Thibault and Aanrud’s work. Slightly awkward, they are unconcerned with an outside viewer and in control of their own moves. 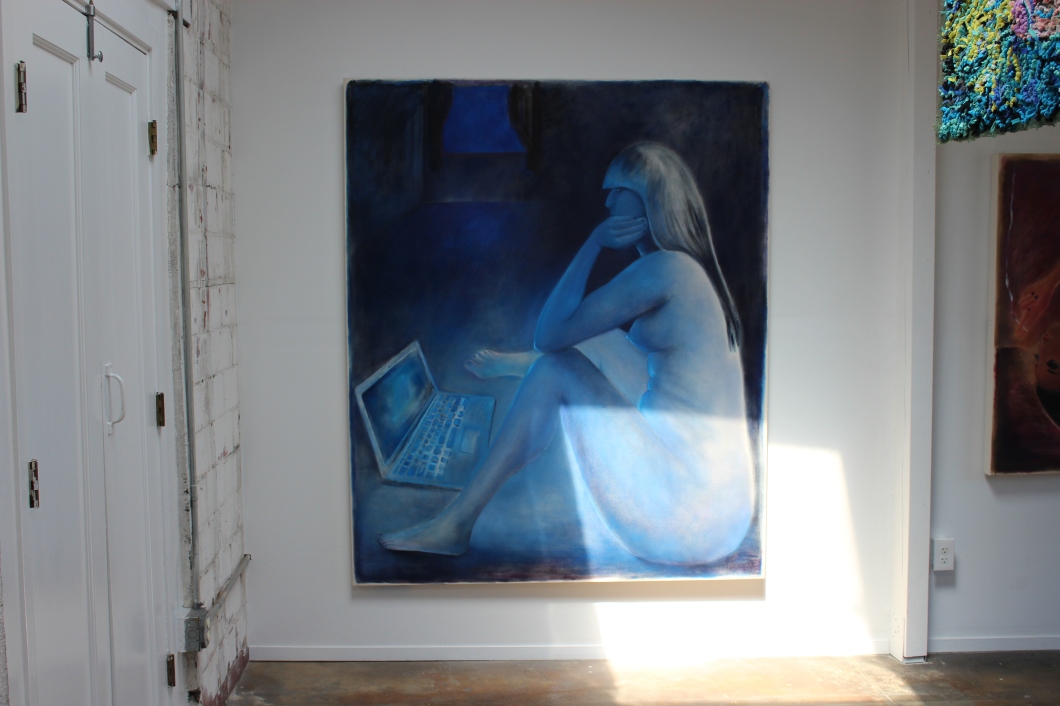 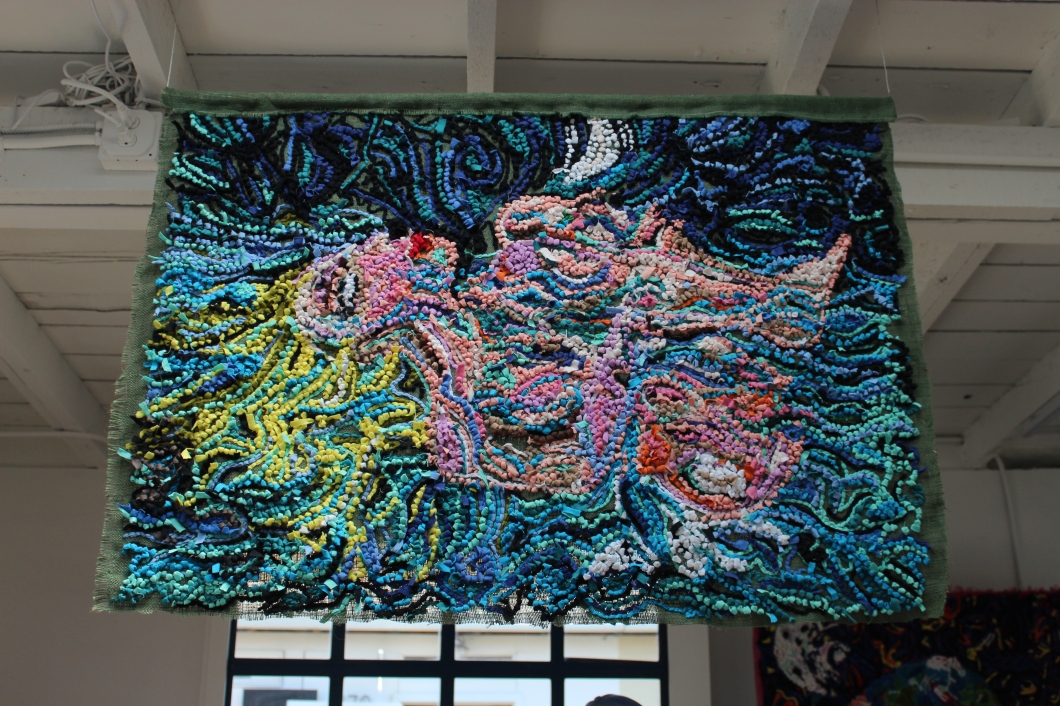 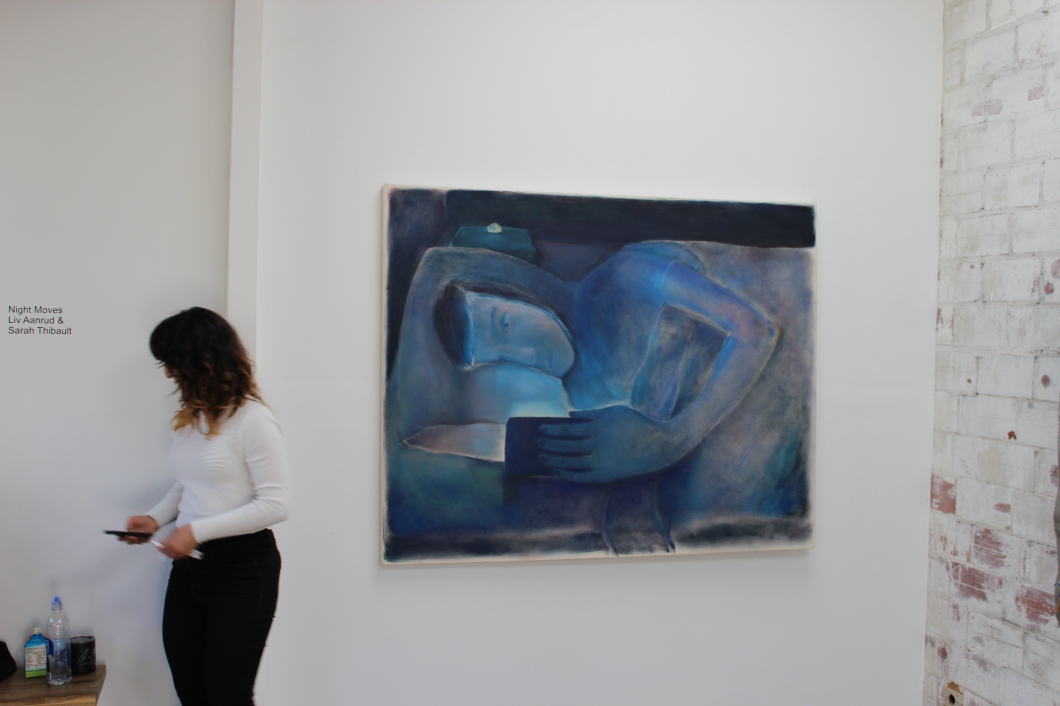