The following images are of an installation titled dock 2014, made in 2014 by artist Phyllida Barlow (b. 1944, United Kingdom).

Inspired by Tate Britain’s location beside the River Thames, dock 2014 was colossal in scale and physically intrusive. Visitors were encouraged to negotiate their own path through the work, looking up, down, across and around a network of components that hang from wooden structures or rest on the floor. dock was comprised of seven interrelated and individually named sculptures that filled the 100 metre-long Duveen Galleries and impeded a natural passage through the galleries. For over four decades Phyllida Barlow has made imposing, large-scale sculptural installations using inexpensive, everyday materials such as cardboard, fabric, timber, polystyrene, plaster, scrim and cement.

“In my response to the Tate Britain Commission, I was conscious of the architecture of the building, and how the outside appearance of the gallery seems to defy the scale on the inside. I wanted to explore two contradictory aspects: the enclosed gallery interiors against the ever-present aspect of the river beyond. dock brings in elements of both of these environments and also speaks to the heritage of the Duveens as a sculpture gallery.” —Phyllida Barlow 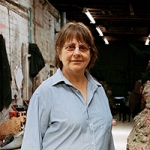 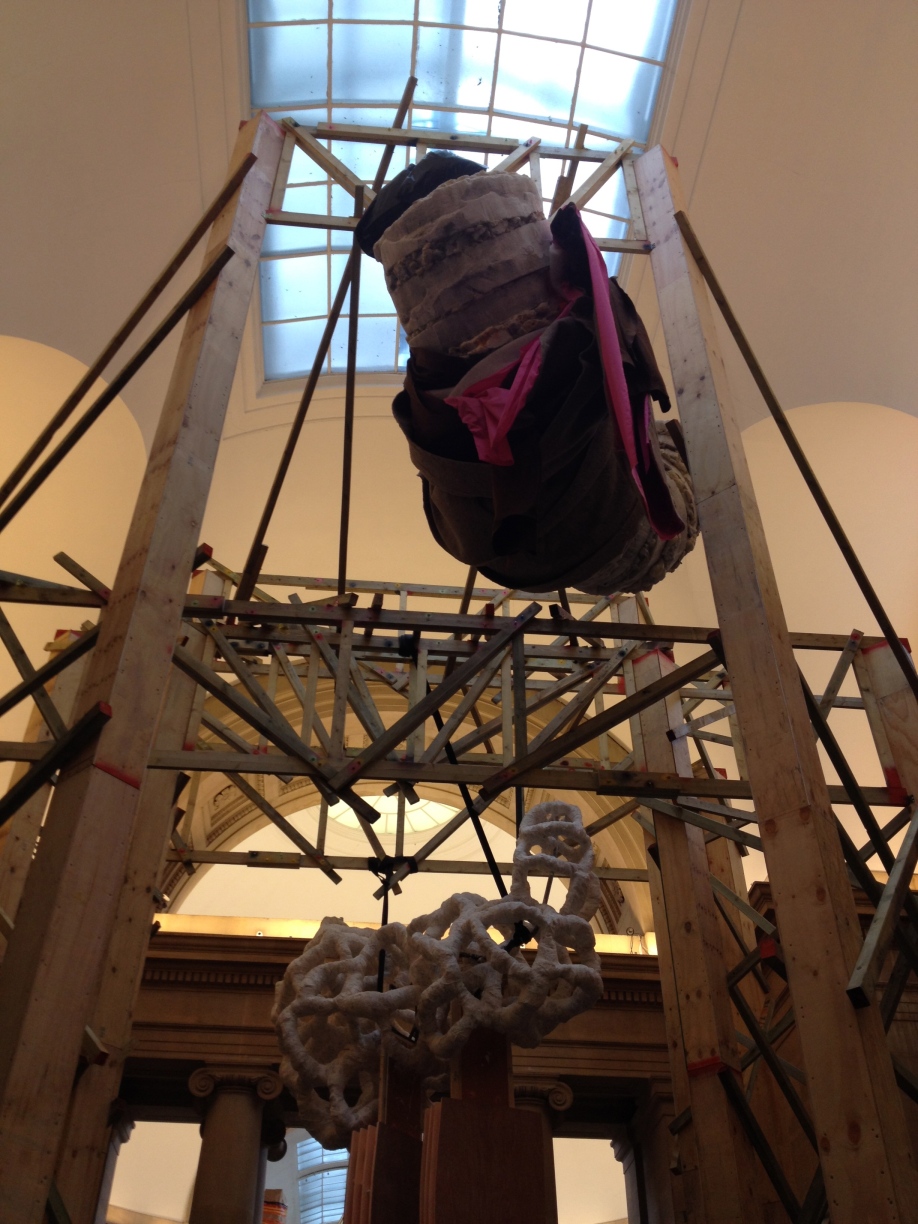 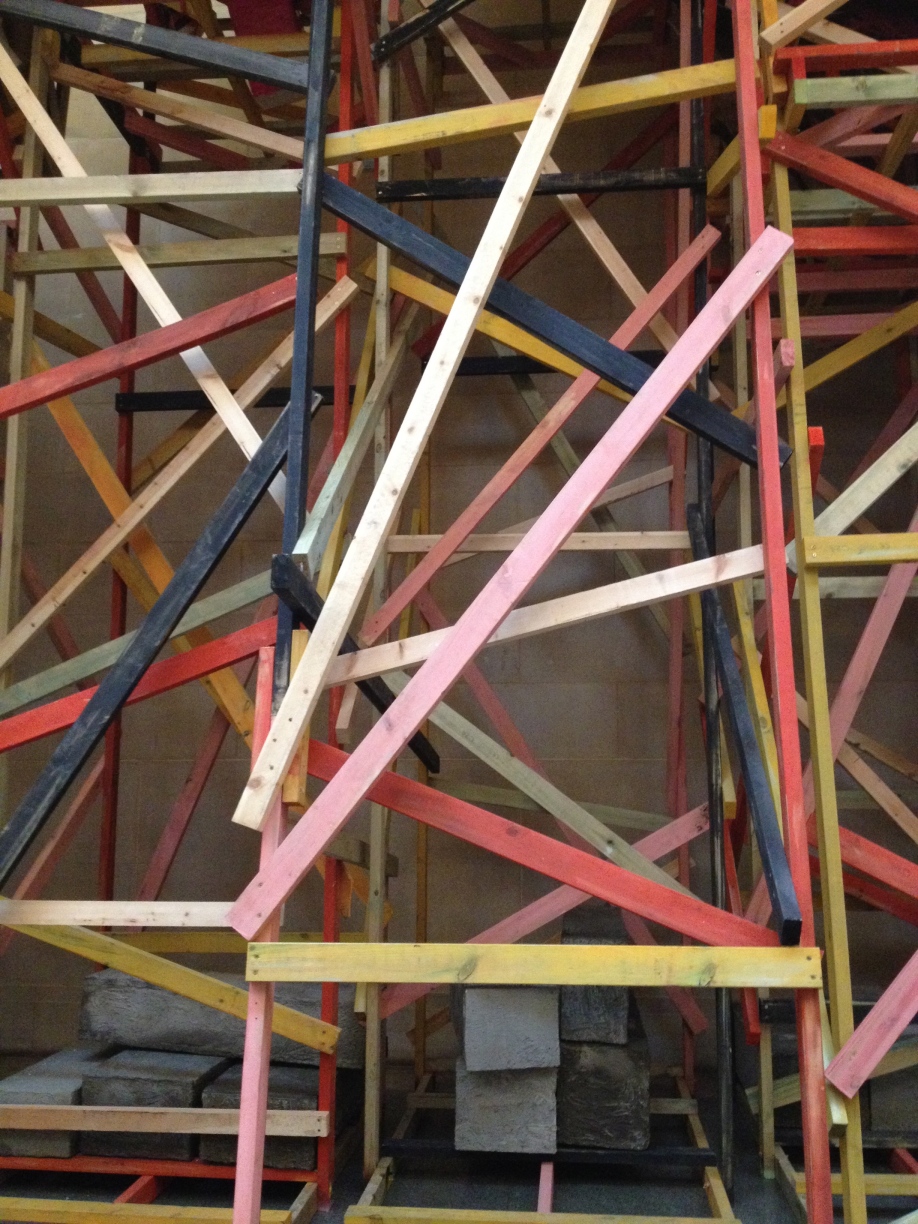 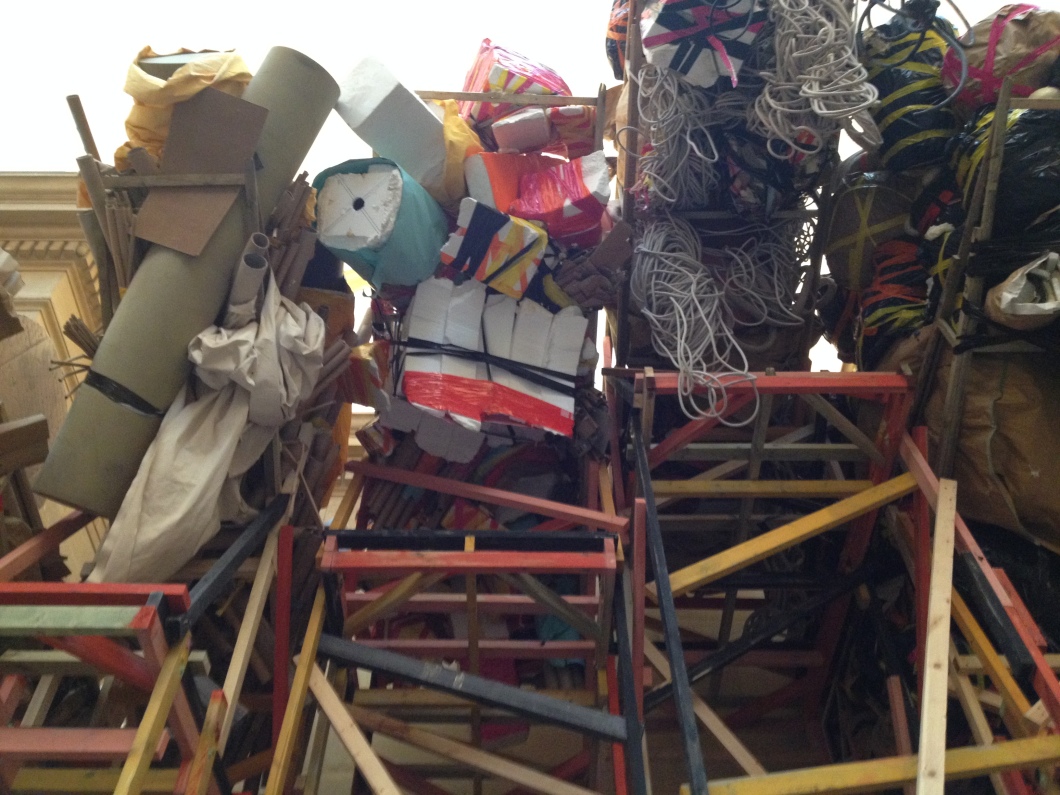 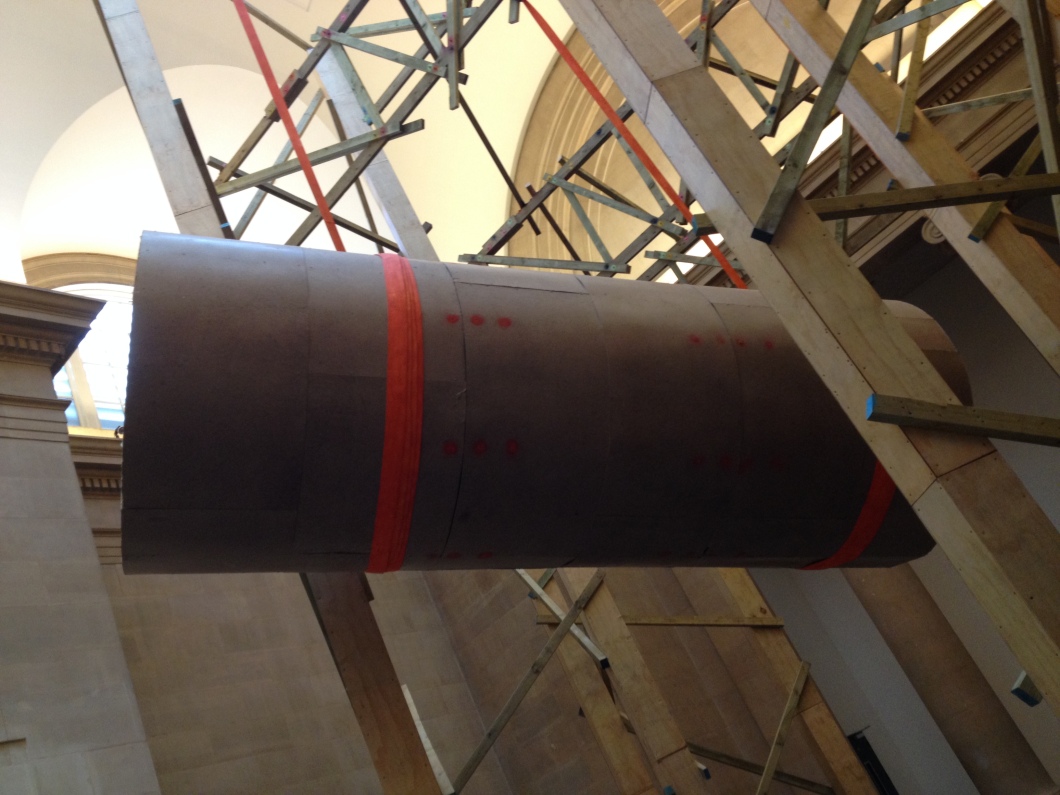 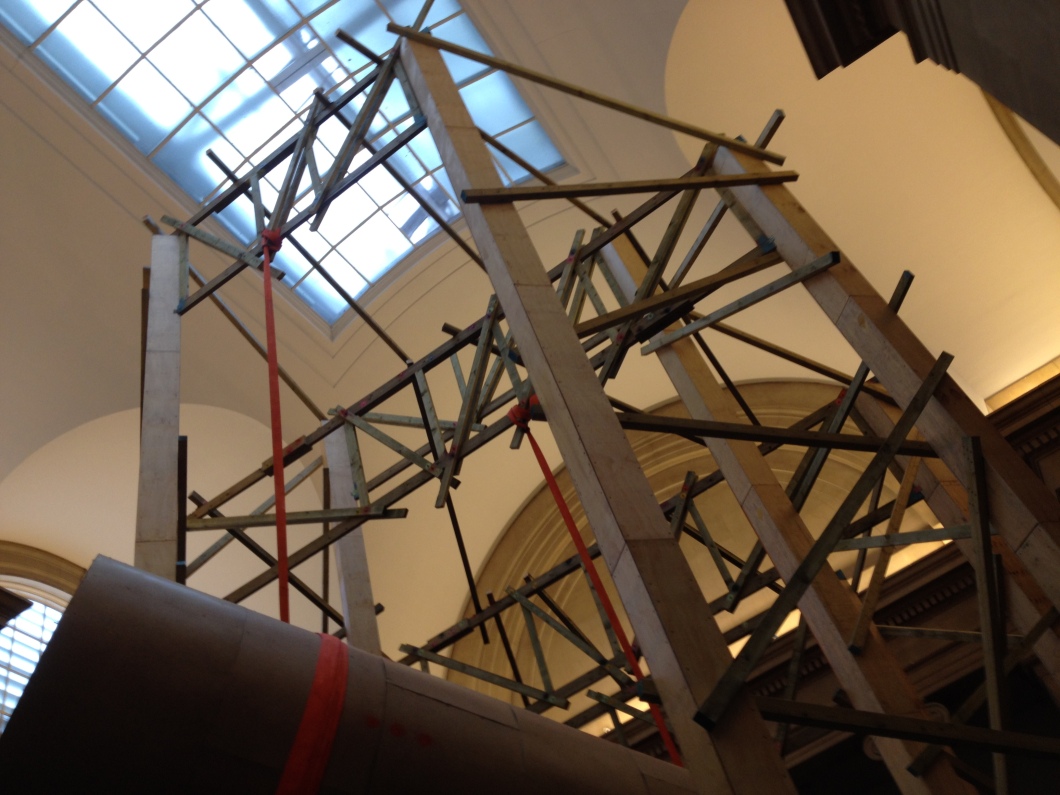 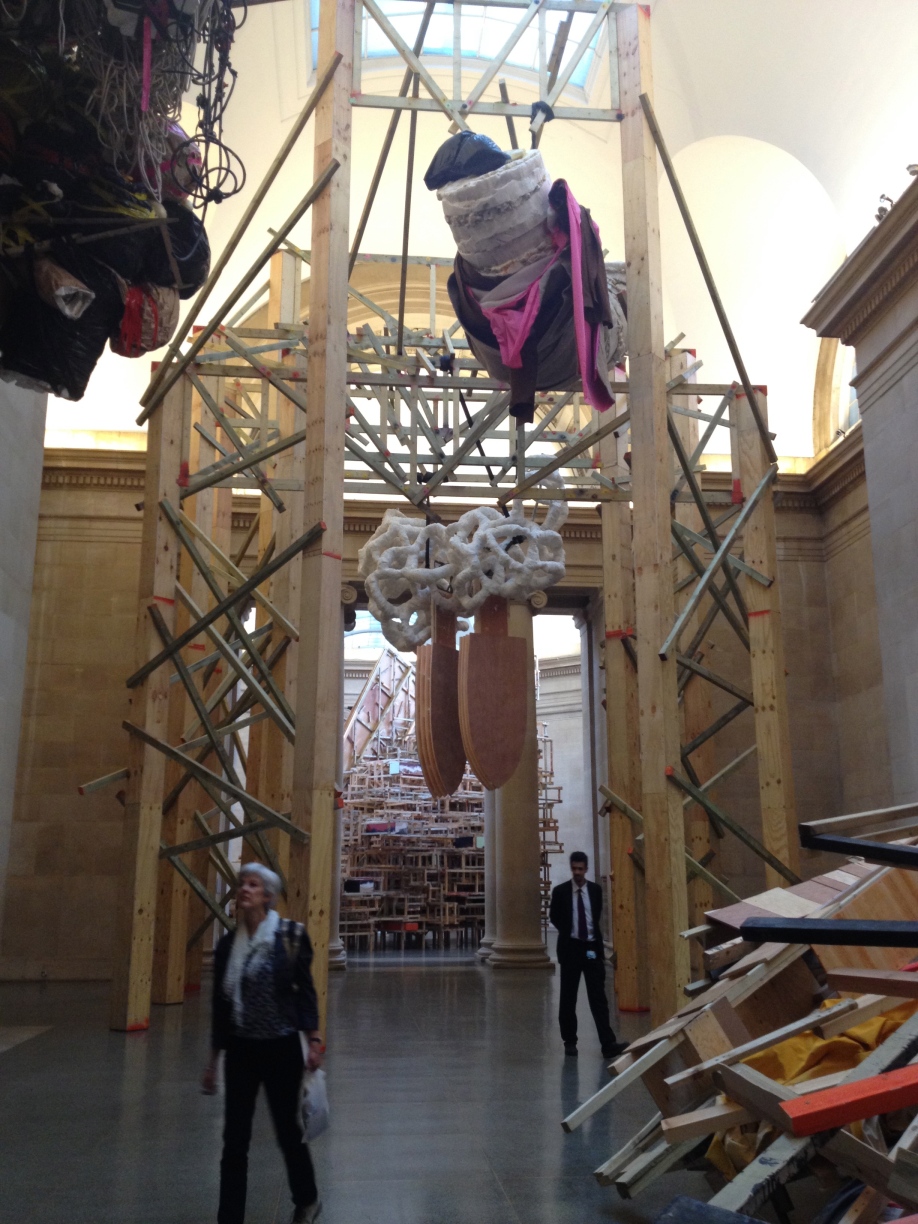 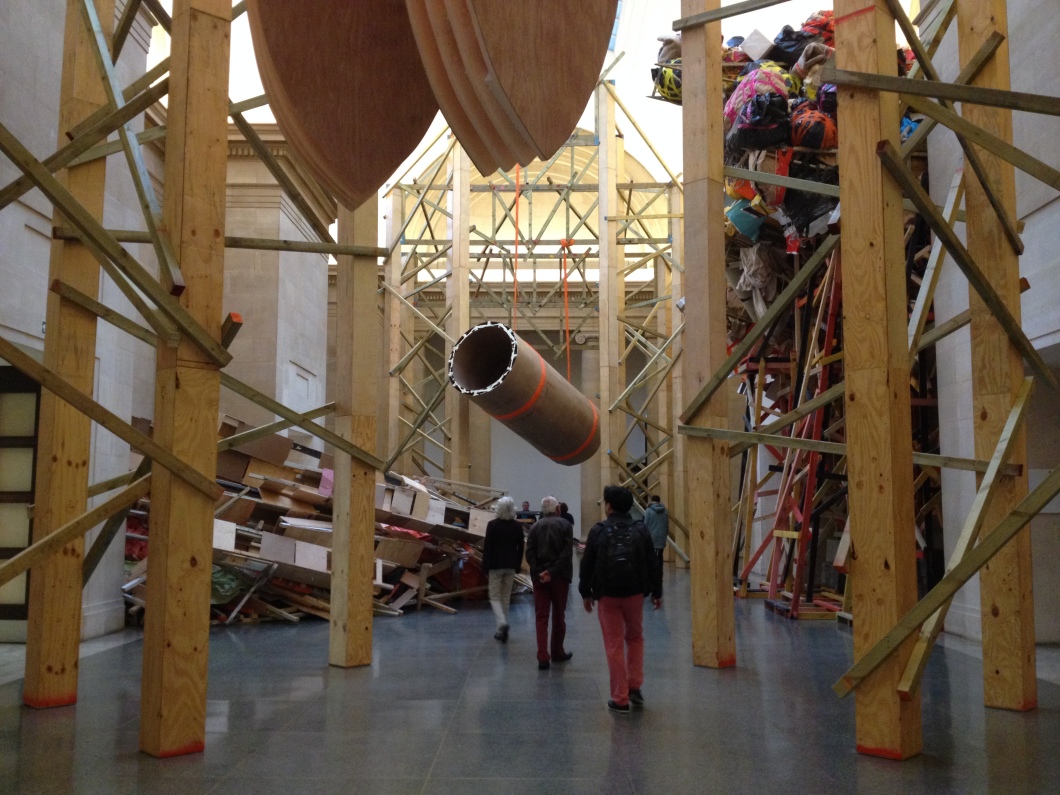 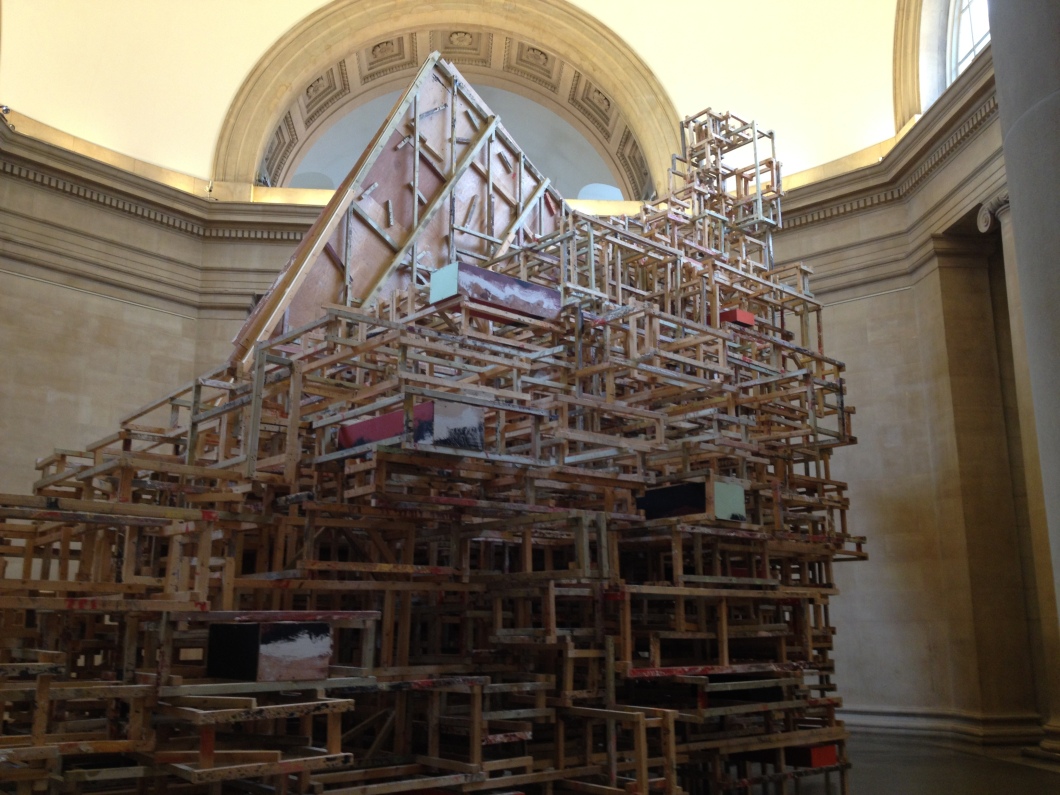 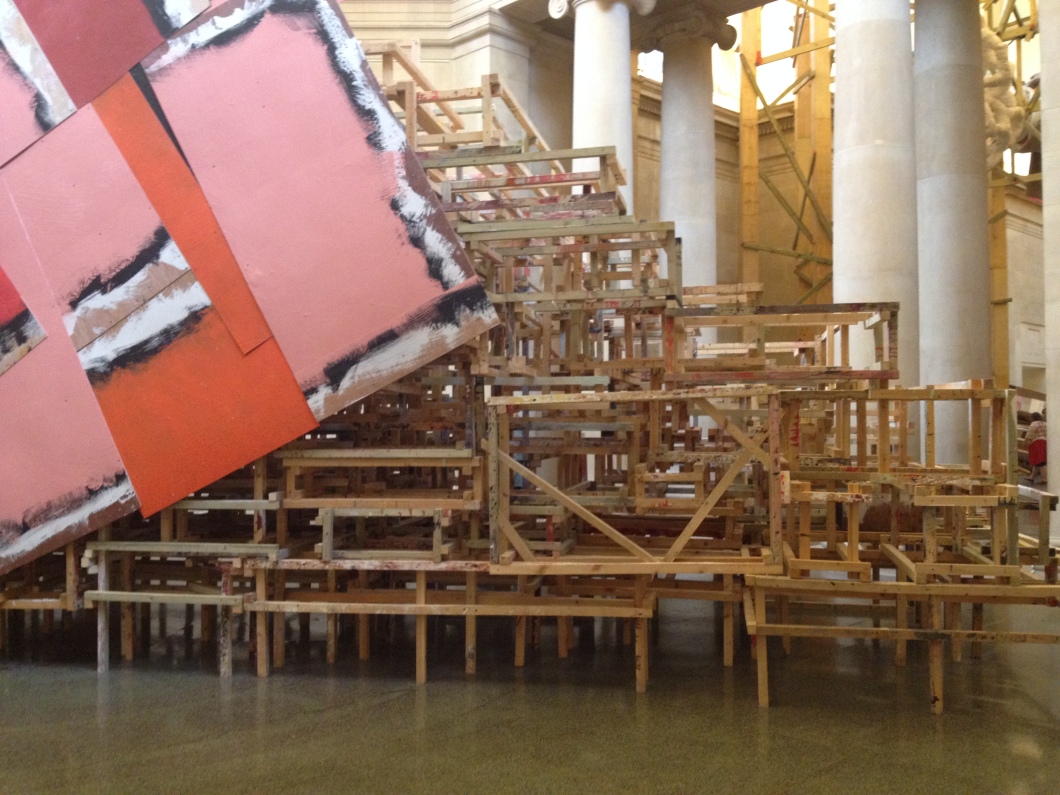 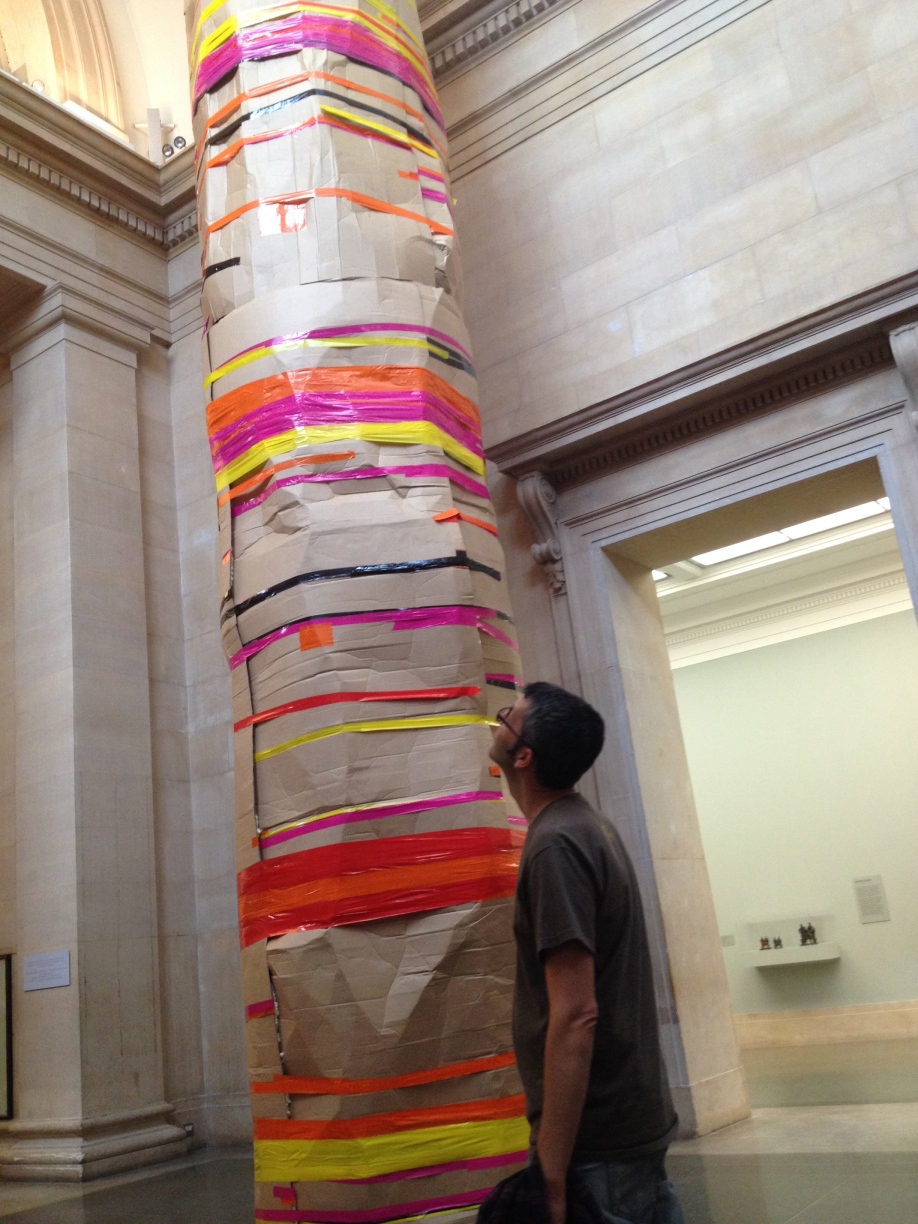 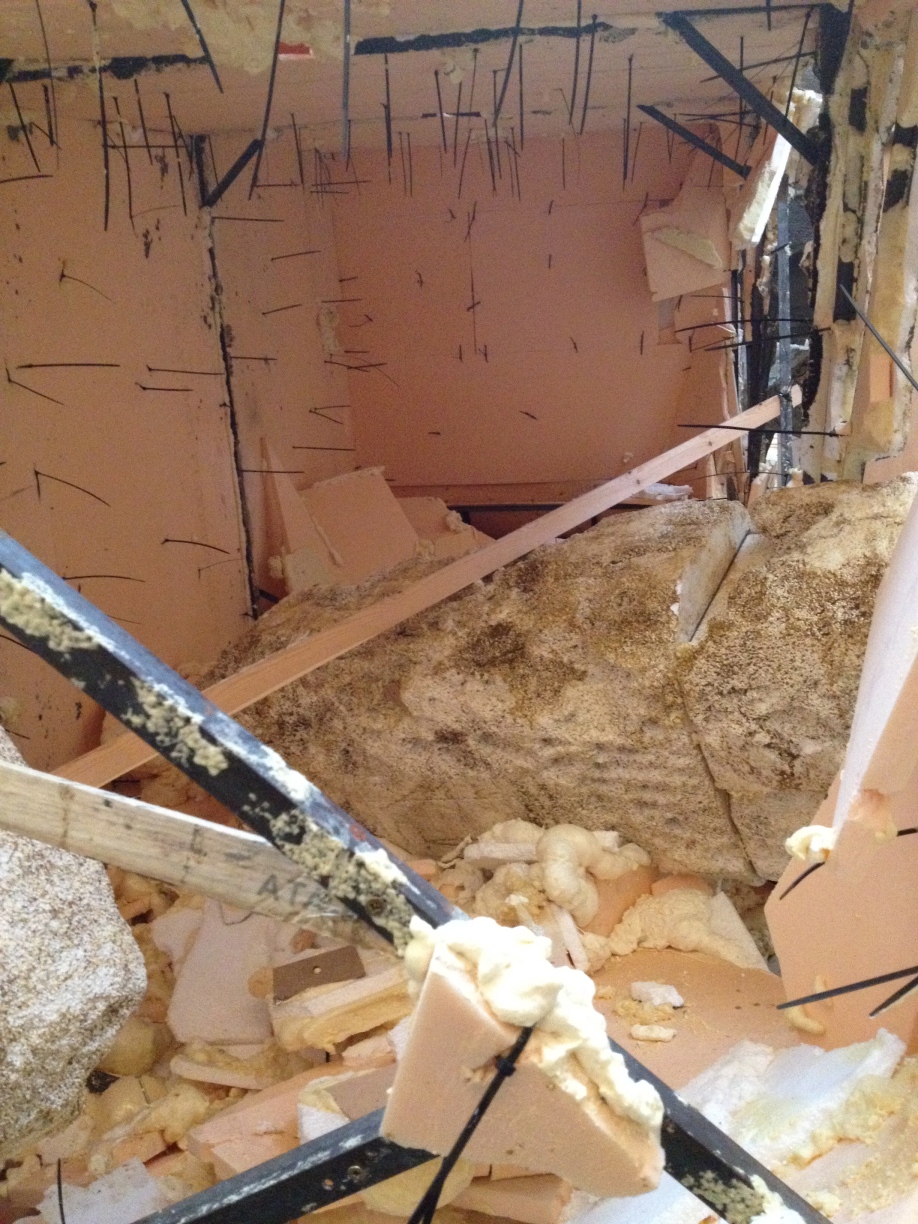 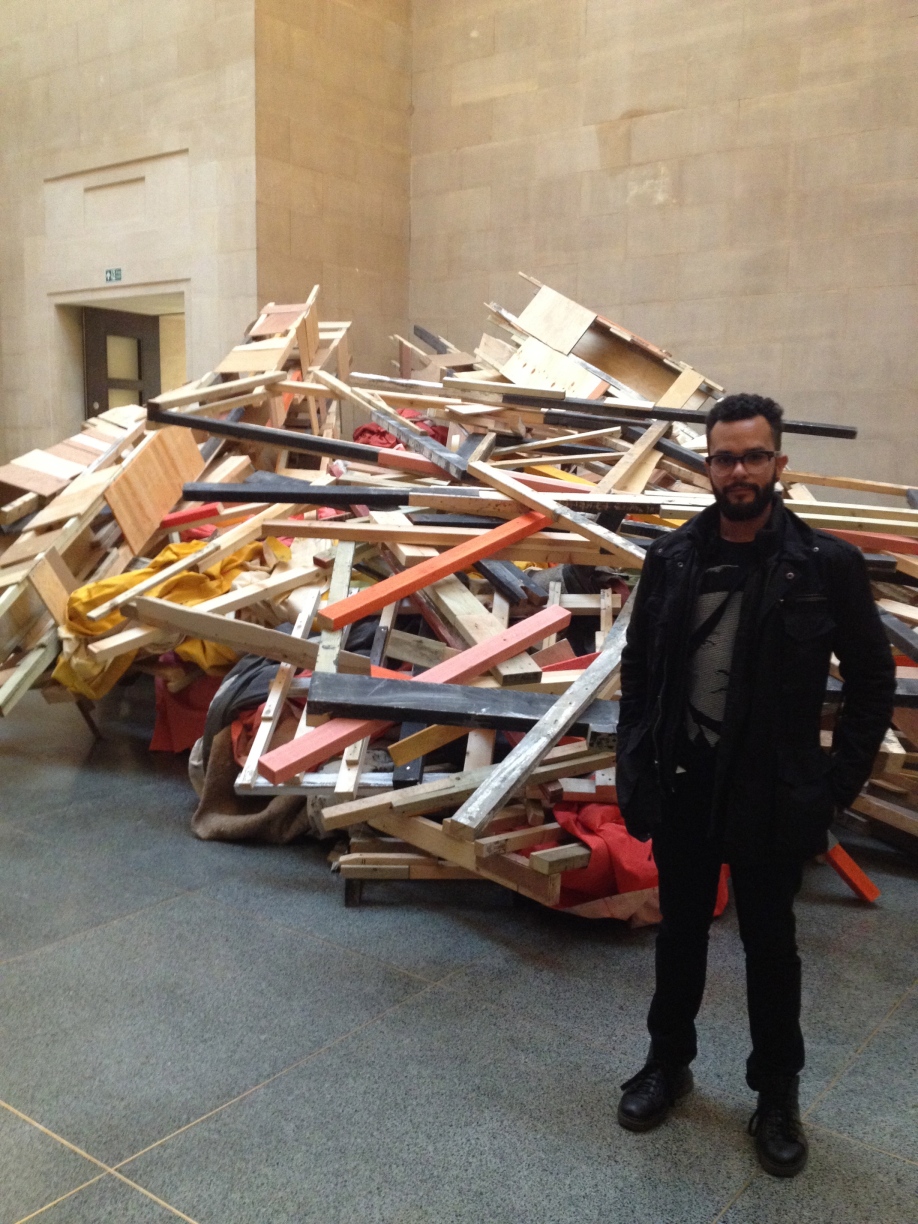 All photos by Cranium Corporation, 2014